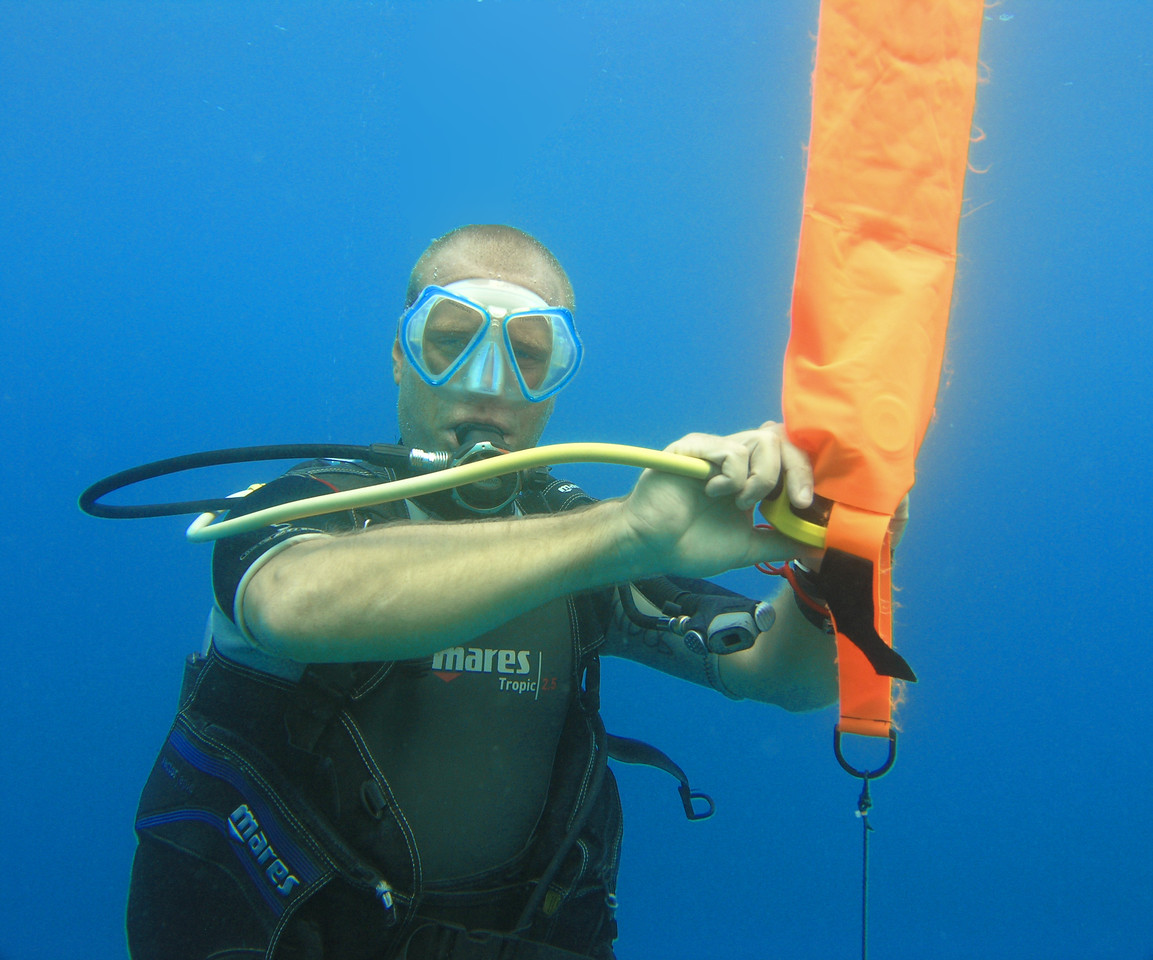 Further consideration
It is far easier to deploy your DSMB from deeper than 5m as you need less air to send it on its way. It’s also simpler to control your buoyancy when you are deeper, so sending your DSMB up before you ascend to shallower water to make your safety stop makes sense. This method also means you have a visual reference to assist your ascent and that your position is marked before you are in shallow water.